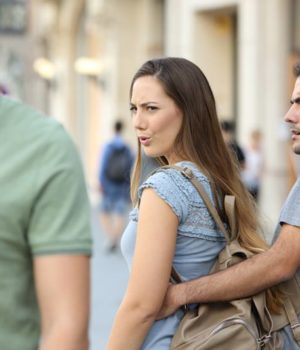 If you’re out of high school, the chances of finding an extremely attractive girl who isn’t already in some sort of relationship is slim to none. Everybody is out there trying to pick up a hot, single girl at the bar. Most guys are either intimidated, or don’t feel good about picking up a girl who’s already in a relationship. I mean, what if you were that guy, right?

Here’s the thing… she is the only one who can make that moral decision. How are you to know what kind of a relationship they have? The reality is that she can always give you the cold shoulder, and since you aren’t that creepy guy that can’t take a hint, you don’t have to worry about being too annoying.

There are TONS of girls in bad relationships. Relationships that should end, but are kept on life support because we as humans seem to stay in toxic relationships for way too long. You shouldn’t assume that just because she says she has a boyfriend, that she’s getting what she needs from the relationship. Don’t just assume that she isn’t interested in hearing what you have to say.

I’m not trying to simply rationalize why you should go after girls who are already involved. My point is that you shouldn’t immediately shut down the conversation when she says, “I have a boyfriend…”. I also want to drill it into your head that IT IS HER DECISION, you aren’t forcing her to do anything. If she’s willing to talk to you, she’s fully aware of the possible outcomes and consequences.

Most men presume that putting down the other guy is the obvious way to go. If you make her think that she can do better by insulting her boyfriend, she’ll see the error in her ways, right? ABSOLUTELY NOT. I repeat, NEVER use this strategy.

By insulting the other guy, you’re really belittling her and her taste in men. It’s such an obvious strategy that it’s easily pickup up on and quickly shows desperation on your side. This can throw all sorts of bad vibes on your conversation, and it never works out well.

The other problem with this strategy is that even if she isn’t happy in her relationship, she’s still with him for a reason. Deep down she has feelings for him and your insults will put her into defense mode. Your negative comments will actually make her think of the contrary arguments for why he isn’t so bad. This seems counter-intuitive, but it’s how the brain works.

You might be thinking that discussing the boyfriend at all is too slippery of a slope, but you can navigate it with some nifty psychological maneuvering.

One of my favorite methods is to build him up to such a high standard that he’s the illusion of the perfect guy, and then slowly shoot holes through this unattainable image without making yourself look like a jerk. It sounds a little confusing, but let me explain the “straw man technique”…

“I bet it’s tough for you to be away from him tonight. Leaving a great guy at home who puts you up on a pedestal and treats you like a queen to come here, can’t be easy.”

“I’m sure you’re his princess. It must be great to be in a relationship with a guy who’s able to fulfill your every need and spoils you with his affection.”

Taking this stance may seem foreign at first, but watch the magic after you start building him up. The more perfect you can make him, the faster she’ll help you tear him down. She’ll start thinking of every one of his shortcomings and unfulfilled desires. During this process of correcting your statements and exposing his weaknesses will be all the hints you need to finish the job.

Don’t jump the gun though, most of the work has already been done inside her head. You don’t need ever say one negative thing about him. As soon as her head is filled with his shortcomings, she’ll be thinking about who could fill his shoes.

Could it be the confident, nice, complimentary man that’s standing in front of her? Maybe it’s the guy in front of me who obviously knows how to treat a woman? You get the picture.

This strategy should be enough to get your gears turning. It’s a great example of how to prepare yourself for any response and get the outcome you’re looking for.

I’ll be talking about a few more strategies soon, but if you don’t want to wait… CLICK HERE AND CHECK THIS OUT 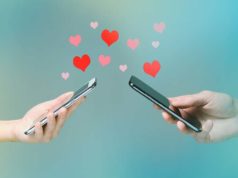 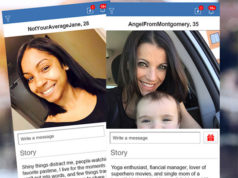 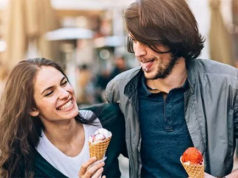 Text Message Games – What To Say & When